This weekend the Cup series heads to Kansas Speedway to start the third round of the playoffs. The winner of this race will advance to Phoenix and be part of the Championship Four that will race for the season title. This track is known for its great restarts and then the cars settle in and it becomes hard to pass the leader. Track position will be key especially for the playoff drivers. Its also going to be much colder then it was today at Kansas which will be drastic change from the last time they were here this season when it was unseasonably warm. Like every race this season, its going to be important for teams to have their car set up for the tighter conditions right off the start. As for strategy, I will be looking at 2 dominator builds along with some 3 dominator builds in tournaments. There will be some pit strategy that gets played out and expect to see more then just one or two drivers lead laps tomorrow. I think pricing is a little soft for the Cup series on DraftKings but I don’t think there is a really chalky build like we saw in the truck and Xfinity series today.

Chase is coming into this round with momentum from his win at the ROVAL last weekend. He has shown a lot of speed as of late and starts from the pole on Sunday. He won this race two years ago and finished 2nd here last October. Chase needs to have a solid run on Sunday, accumulate stage points and finish well to keep ahead of the cut line. With a win on Sunday he can clinch his spot in the Championship race in Phoenix. He has had speed at 1.5 and larger ovals this season and looks to be one of the popular options for cash games this weekend on DraftKings.

As I was talking about soft pricing for DK, this is just one of the examples. Kyle Busch, under 10k starting 20th is just a great play even with his 2020 season. Kyle was knocked out of the playoffs last week so all he has his eyes on are trophies. Kyle has made it clear that getting a win this season and keeping his win streak alive is really important to him. Kyle has finished 11th or better here in 10 of the last 11 races here including 7 top 5s. If Kyle can steer away from his 2020 bad luck and manage another top 5 he will crush at this price.

The Cup series is at a track where the high line is one of the preferred lines on the track so you know Tyler Reddick was going to be in my write up. In two career Cup starts at Kansas, he has finishes of 9th and 13th. He also had a 10th place finish at Kentucky earlier this year which is a track that compares well to Kansas. Tyler starts 15th so the place differential upside is limited however at his price if he can manage another top 10 finish here he could do you well in your tournament lineups.

This season has been a rough one for Kenseth when he came into this ride after the break. However this team has shown some signs of life lately. Taking out the ROVAL, Matt has finished inside the top 20 in six of the last 7 races. After his 34th place finish at the ROVAL, Matt starts 30th and is mispriced and should be a very popular option in cash games and gpps. If he can manage another top 20 he will easily hit value. I can see pivoting off Matt in tournament builds and will have a few suggestions in my final thoughts tomorrow morning.

There are some great options for dominators tomorrow and that’s why I think lineup construction will vary more then it did for Trucks and Xfinity today. Although the 2020 NASCAR season has come with a lot of uncertainties, one thing we know is that Hamlin and Harvick have been the class of the field. Next week will be Harvick’s turn at Texas but this week we have to take a deeper look at Hamlin. He has won the last two races here at Kansas which includes this race last year which sent him to the Championship Four. He has shown speed all season and led 57 laps here earlier this season. I expect Chase to lead early in the race but would not be surprised to see Hamlin move his way to the front by the middle of the race and find himself competing to lock himself into Phoenix by the end of the race.

If someone like Hamlin or Chase don’t find themselves winning this race tomorrow, a likely upset candidate for me is Alex Bowman. Since joining Hendrick, he has four top ten finishes here. He won his first Cup race at Chicagoland last season which is another track that compares well to Kansas. Although he had a little summer downswing, over the past few weeks it feels and looks like this team has found its swagger again as they are in the top 5 in points gathered during the playoffs. He starts 6th so he will need some dominator points but sets up as a great under owned tournament play.

https://www.wds-media.com/daves-drivers-to-watch-nascar-dfs-hollywood-casino-400/2020-10-18T12:05:39+00:00AdminBetting
This weekend the Cup series heads to Kansas Speedway to start the third round of the playoffs. The winner of this race will advance to Phoenix and be part of the Championship Four that will race for the season title. This track is known for its great restarts and...
AdminAdmin walnut.digital@gmail.comAdministratorWDS Media 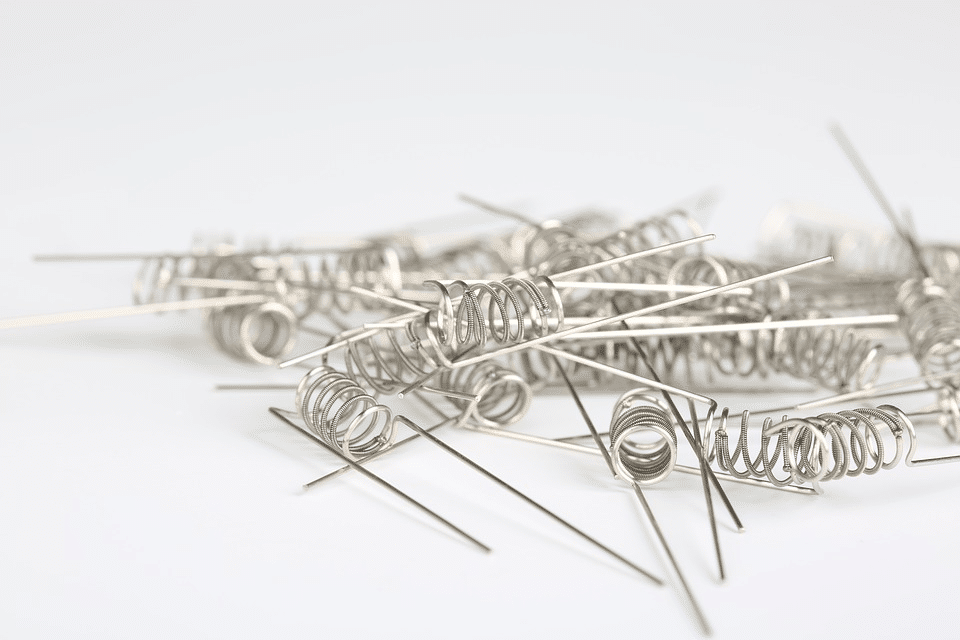 How To Make Your Vape Coil Last Longer

QUIZ: Can You Recognize Her “I Want You!” Moves?