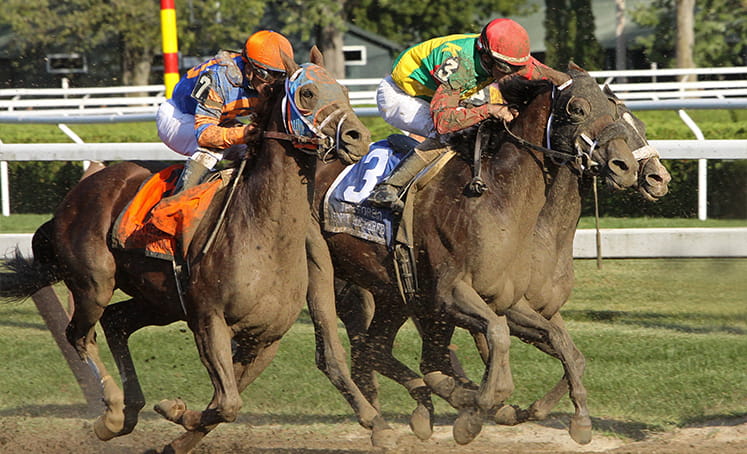 The key form guide to this event is the Group 3 John of Gaunt Stakes at Haydock Park last month. Pogo and runner-up Laneqash are in the line-up here along with fourth-placed Sunray Major, and it is difficult to split the trio. Pogo arguably had the run of the race, making all under Kieran Shoemark and just holding off Laneqash by a nose. He incurs a 3lbs penalty for that success, and his rivals are unlikely to give him too much rope if he attempts to repeat that front-running performance.

Roger Varian trains Laneqash, a four-year-old gelding by Cable Bay, out of a Shamardal mare. He only has one victory to his credit from seven starts but has some high-class form in the book. He was beaten a little over two lengths when fourth to Benbatl in the Group 2 Joel Stakes at Newmarket last September. He was having his first race since being gelded when second to Pogo, and there could be further improvement in him.

John and Thady Gosden had mixed results at Royal Ascot, but their horses continue to run well. They rely on Sunray Major, who has won three of his eight races under rules. He was hot favourite for the Ascot handicap won by Aldaary in October, but his effort petered out tamely. This season’s form has yet to yield a victory, but he caught the eye by finishing well at Haydock and could tempt horse racing betting fans.

The Charlie Appleby-William Buick combination struck last year in this race with Glorious Journey. They will attempt to lift the prize again on Saturday, this time with Art Du Voi, a six-year-old gelding by No Nay Never out of a Rainbow Quest mare.

He has four career wins from thirteen races under rules, his most recent being a valuable Meydan handicap in February 2020. He has been defeated on all six subsequent starts, all but one of them in Dubai. He returned to the turf at York earlier this month when beaten four lengths by Valiant Prince. He travelled strongly in front with two furlongs to travel but did not see out his race. He is dropping back a furlong here, so could run better than his odds suggest.

Bounce The Blues has not run since chasing home Adaary at Haydock and has possibly waiting for more give in the ground. The five-year-old mare was beaten only a head in soft ground at Ascot last October, although she does have form on faster going. Her best effort on good ground was possibly behind Cloak Of Spirits at Newmarket in September 2020.

Ever Given won the Listed Surrey Stakes at the Epsom Derby meeting on his first attempt at seven furlongs. He had looked a natural sprinter when bolting up at Chester in May but was disappointing in a Group 2 at Haydock next time.

The Criterion Stakes is due off at 3.15 at Newmarket on Saturday 25th June and will be televised live on ITV.